What is Central Bank Digital Currency (CBDC)?
A notion that has faced much resistance now looks to be gaining momentum and possibly even traction in some parts of the world. The concept is the digitisation of money, but rather than the borderless cryptocurrency we have seen in the form of decentralised systems such as bitcoin and ether, we are talking about government led initiatives with digital legal tender issued by central banks. The legal tender is usually reflective of a country’s existing fiat legal tender in a 1:1 ratio and is most commonly known as central bank digital currency, or CBDC for short.
How does it compare to an existing payment processing system in the fiat world?
Historically, over the last few decades fiat funds have been transferred from A to B through interbank funds transfer networks such as SWIFT, a global messaging system notifying banks of payment instructions and confirmations. Transaction times, fees and transparency are a growing challenge in a world which is becoming more data driven, global and reliant on time efficiencies, not to mention safety conscious in respect of money laundering and fraud.

CBDCs aim to improve on such constraints using blockchain technology to log transactions between peers. The process starts with the Central Bank issuing a number of tokens which it will then distribute throughout the jurisdiction to be circulated and used like ‘real money’, and to be ‘honored’ by the recipient, like real money, which is a critical factor. The main difference is that, in theory, CBDC does not need the intermediary banking system. Central banks can issue funds directly to the end users and provide the required banking services without the need for correspondent or retail banks. This does however come with a multitude of other challenges which is why it is not realistic to expect to be opening your account with the Fed any time soon.
How does it work?
It therefore begs the question, how do we implement this process when a traditional system is so ingrained? This largely depends on the jurisdiction, the state of the economy, dynamics of the underlying population, to a name a few. For that reason, the Bank for International Settlements (BIS) has provided guidance on a number of implementation models, with varying degrees of disruption.
CBDC implementation methods: Indirect, Direct, Hybrid
The three BIS models are indirect, direct and hybrid. The main differentiators are whether or not there are any players in between the central bank and the end user and also the legal claim a token holder has and whether it is a claim with an intermediary or directly with the central bank.

The indirect method is most like the traditional fiat model. CBDC would be issued by the central bank to the intermediary banks, who would then issue to customers, as well as hold token balances on behalf of those customers.

The hybrid method, by definition is a mix of the other methods. Processing nodes sit between the central bank and the customers. Node operators do not necessarily need to be intermediary banks, but can be. The legal claim against the currency is from the customer directly to the central bank.
Caribbean aspect
So where does the Caribbean fit in? We can firstly consider the success of CBDCs globally. Acceptance is increasing. There have been some enthusiastic trail blazers, such as Venezuela, however failure prevailed in that case. We are seeing other siloed efforts gathering more momentum as they learn from preceding trials and utilise more advanced technology, such as the Marshall Islands. However, up to now, we are yet to see a fully adoptive region. This is where the Caribbean could play a critical role in trialing cross jurisdictional adoption, in due course, for Caribbean central banks that plan to implement their own CBDCs.
How would it work?
As discussed earlier, various options exist in terms of structural framework. It is less likely we would see a country adopt the direct method at this point, as it pushes the KYC, AML, wallet setup and other administrative burdens directly onto the central bank. A logistical challenge which is likely beyond its resources and risk appetite. A bigger issue would be the disintermediation of the existing banking framework as the wholesale bank infrastructure is bypassed. This could have far reaching economic implications, putting added pressure on the central bank at a time when they need economic stability to implement a fundamental change.

We may therefore see a mix of indirect and hybrid solutions across the region which still retain functioning payment intermediaries. The key here would be for each country’s solutions to be interoperable with each other. Central clearing across the region has been a point of discussion in the fiat world, however digitisation could negate some of the infrastructural challenges which may have created barriers thus far. CBDCs utilising widely interoperable protocols (albeit centralised) could go a long way to enabling seamless foreign exchange. Advances in blockchain are enabling cross-chain technologies to create effective bridges between previously incompatible chains, further assisting the potential for regional CBDC, as well as globally.
Adoption
A continual challenge, particularly for digital assets and blockchain solutions, has been large scale adoption. CBDCs have the added advantage in this respect of being backed by a government, and therefore possibly creating a mandatory aspect to the roll out. This still leaves a difficult decision for central banks to determine the scale of the roll out, the timeframe and integration with existing frameworks. Smaller jurisdictions may find implementation slightly easier, however, these factors are none the less critical. One major aspect is whether to implement CBDC just at the correspondent bank (wholesale) level for interbank settlements with the central bank, or whether to include the retail portion, including vendors and the general public. This could be a consideration in regions such as the Caribbean which may be partly dependent on what their ‘neighbours’ are doing.

We see technology integration requirements at numerous levels. Cartan Group can assist with bank systems architecture, KYC onboarding and wallet infrastructures, node operations and merchant process transitions as well as data driven intelligence reaching the core of every decision.
Notable CBDC projects in the Caribbean region
Eastern Caribbean Central Bank (ECCB)
A number of Caribbean jurisdictions are at various stages of looking at or implementing CBDCs. A significant project attracting global attention has been the aggregated efforts of the Eastern Caribbean Central Bank. With eight jurisdictional parties, the project is ambitious. The vision is to create a sub-regional CBDC trial within the Caribbean, offering a digital Eastern Caribbean dollar to all countries involved, which are interchangeable on the same blockchain network. From a global perspective, the IMF is remaining skeptical about the project, however recognises that it may be more successful than in larger economies.
Jamaica
On the opposite side of the Caribbean, Jamaica has taken the initiative this year to invite technology solution providers to bid on the provision of a CBDC. It was recently reported that their intention is to place the successful candidates in a FinTech Regulatory Sandbox. This project is interesting as they have announced the use case will cover both wholesale and retail systems, meaning the CBDC will be implemented from the Central Bank right down to the general public, as a means of payment.
Bahamas
The Bahamas is making a landmark case rolling out the first tier of its CBDC program by the end of October. It is running what looks to be an indirect model with a timed, tiered approach to implementing a retail CBDC. As mentioned earlier, Central Banks are not necessarily looking to administer the entire process, as such, KYC has been handed off to banks and credit unions. The burden has been further mitigated with a low value limit placed on wallet balances. Regulation is running in parallel with the launch with a scheduled October finalization date.
Future Outlook
As global “de-risking” by US banks continues to hamper correspondent bank relationships, particularly in the Caribbean, the benefits of a CBDC are becoming increasingly apparent, especially relating to the unbanked and underbanked.

With progressive interactions and cross-jurisdictional agreements, the Caribbean region certainly has the potential to be a notable player in the evolution of CBDC. A regional testing ground could prove invaluable for further launches on a global scale. It will be interesting to watch these initiatives unfold, particularly if regional collaborations start to gain traction.

Cartan Group has experience advising on Central Bank projects in teams with renowned consortiums within the Caribbean region. Please contact us with all your CBDC and tech related questions. 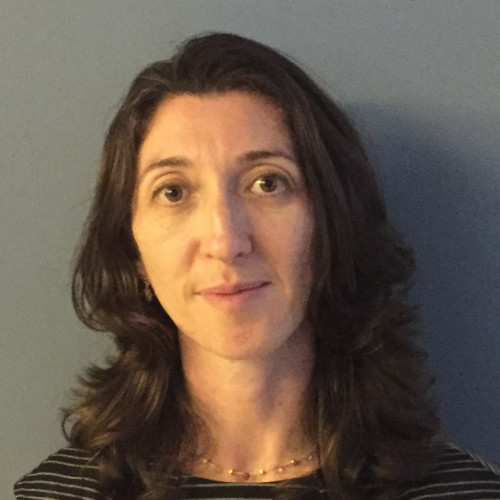